A new generation of location-based experiences are popping up around the world, enabling consumers to show up, share and engage.

At Hasbro’s Experience booth, the company will be previewing the Transformers: VR Battle Arena with Meta4 Interactive which enables players to play as a TRANSFORMERS robot in a VR world. Players can choose from heroic Autobots such as Bumblebee and Optimus Prime or Decepticons such as Megatron and Soundwave.

Hasbro will also be showcasing inspiration from other LBE initiatives around the world with a sampling of mini experiences inspired by:

My Little Pony & Transformers Hotel Collection, Shanghai, the first of its kind, a Transformers and My Little Pony-themed Hotel outfitted with a Family Entertainment Center, is opening in Shanghai in Q4, 2022. The Hotel features 46 themed rooms operated by Marriott within their Autograph collection.

Monopoly Life-sized and Top Hat Restaurant & Bar, London, guests immerse themselves in the world-famous game of Monopoly to compete in challenges, build houses, charge rent, escape jail and even control London's waterworks as they travel around the life-sized board earning as much money as they can.

Join SEGA and Sonic in the battle to save the world from the evil Dr. Eggman! 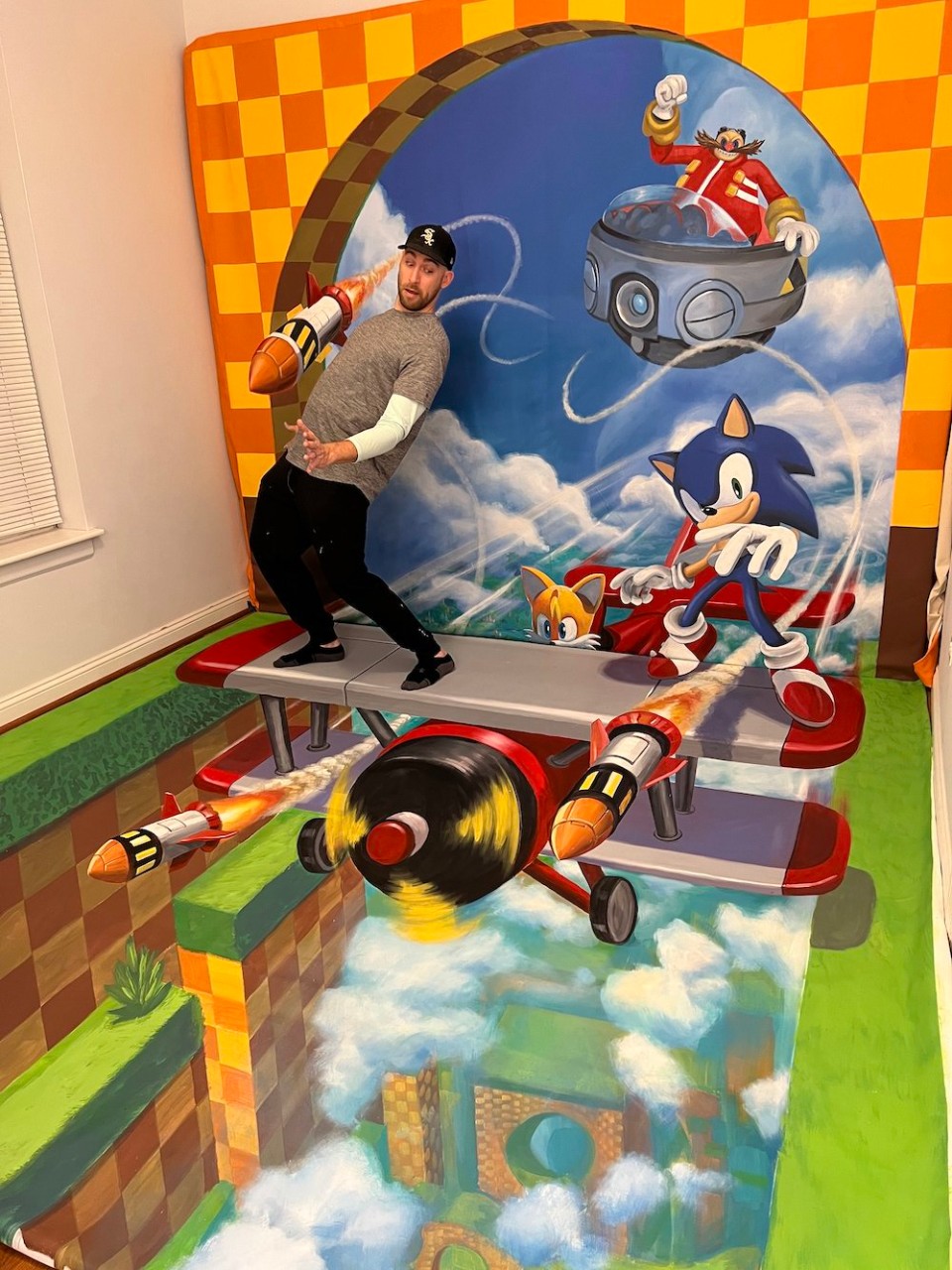 ·        SEGA has partnered with 3D muralist Nate Baranowski to create an immersive visual experience that puts you right in the action with Sonic! Step up onto the wing of Tails’ plane and all of a sudden you’re in the action! Visit space D4 in the main lobby area, across from the food court. 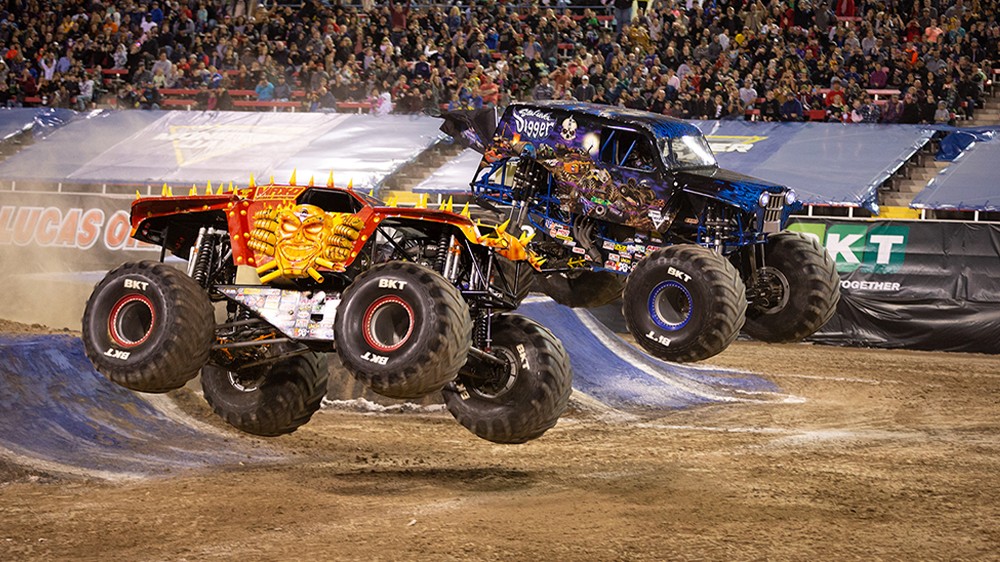 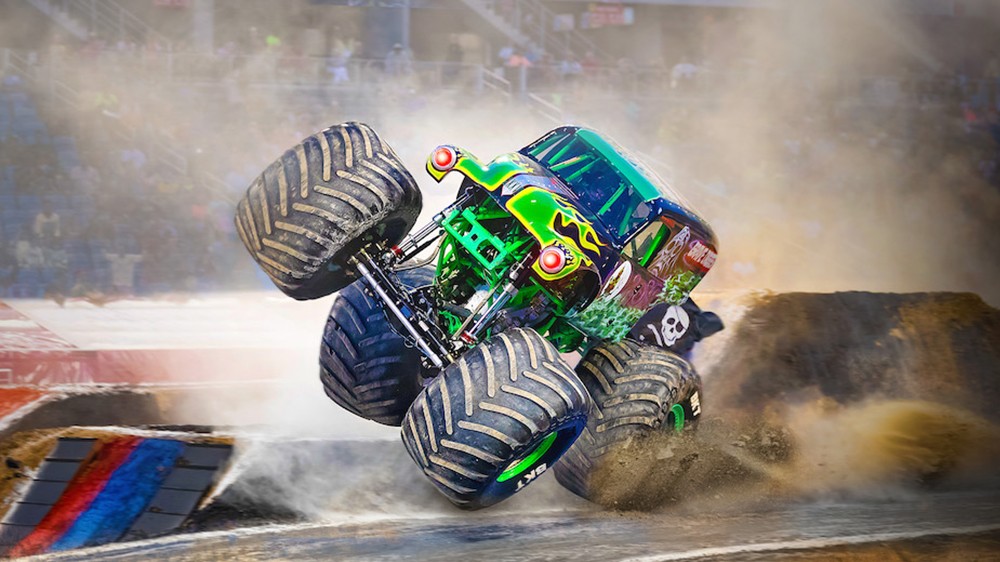 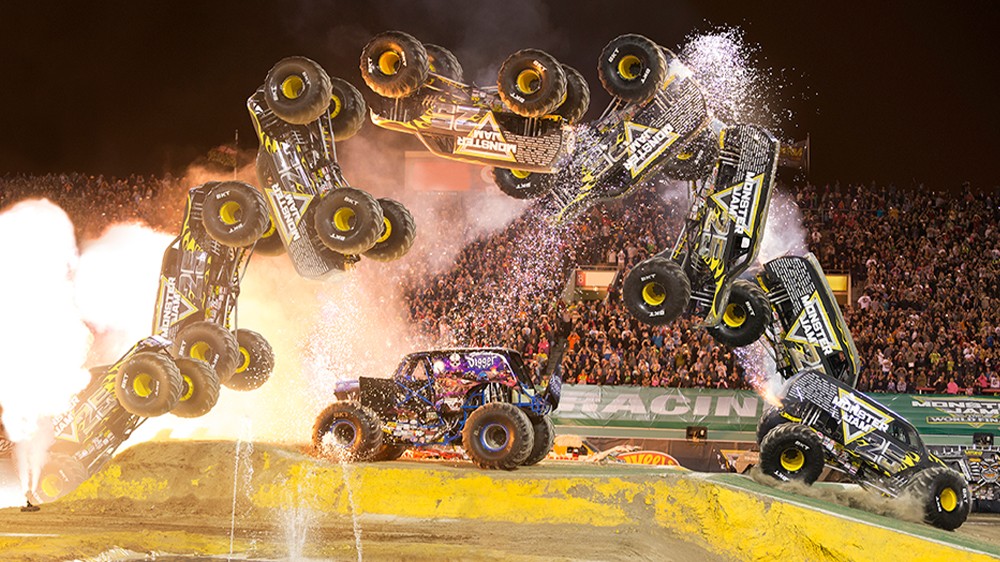 Feld Entertainment will have the Grave Digger® Simulator Ride Experience, created in partnership with DOF Robotics. This stand-alone attraction allows attendees to experience what it is like to take a ride in a Monster Jam truck. The simulator offers a range of movement on a 6-axis platform featuring pitch, roll and yaw movements. The realistic motion is combined with exciting video delivered through VR headsets, which makes it an unforgettable ride.

Licensing Expo newcomer NAFTOS, an industry leader in minting 2D, 3D and 3D interactive NFTs, takes the mystery out of digital collectables by showcasing actual NFT creations on the exhibition floor at the entrance to the show, booth D3.

Companies interested in learning more about NFTs and the Metaverse for their brands can schedule an appointment with NAFTOS at executive Suite D101 on the show floor. 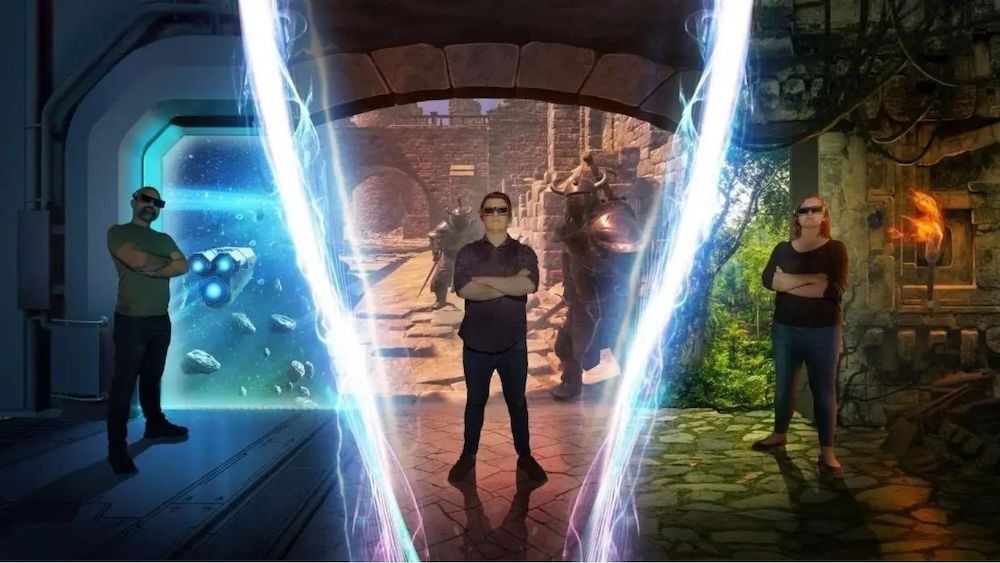 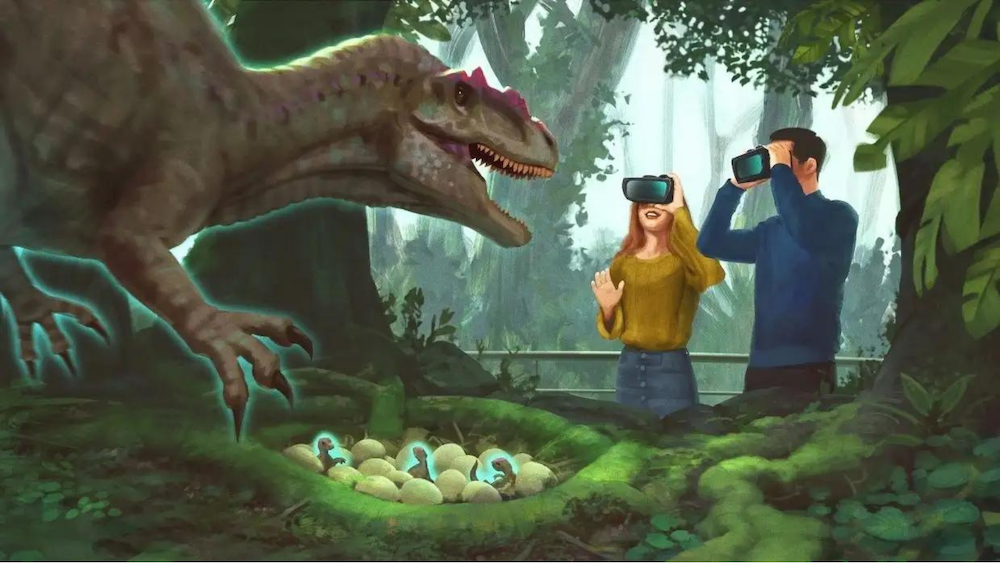 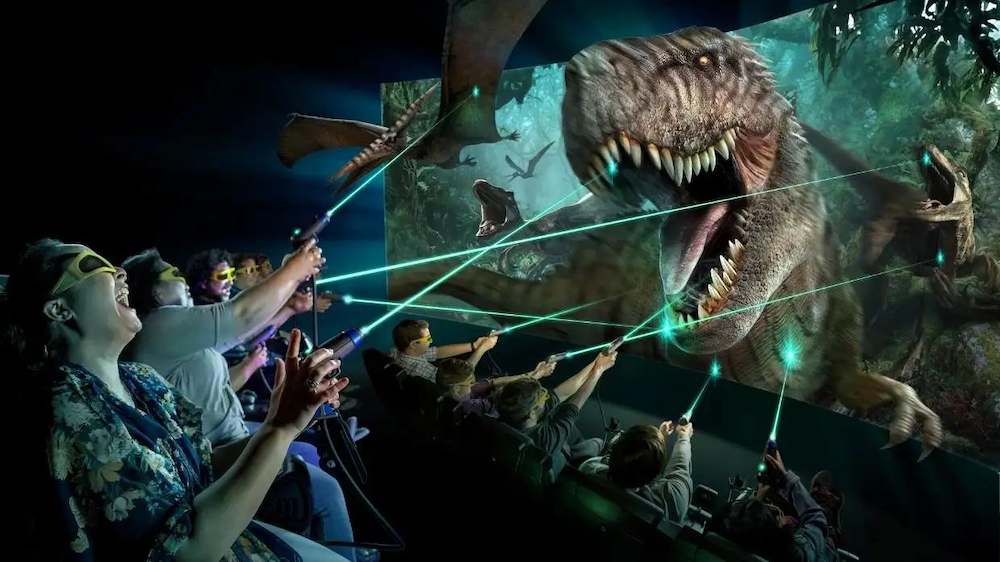 At Falcon’s Beyond, guests will experience immersive and interactive technologies like no other through a tour of Falcon’s Licensing’s X-Lab. By appointment, the X-Lab will offer a 20-minute demonstration of a handful of Falcon’s groundbreaking products. These include SpectraVerse™, Falcon’s Vision®, ON!X™ Theater, and other exciting, themed attraction systems leveraging real time gaming technologies and metaverse integrations.

Experience the power of the BIGFOOT brand on Booth G116 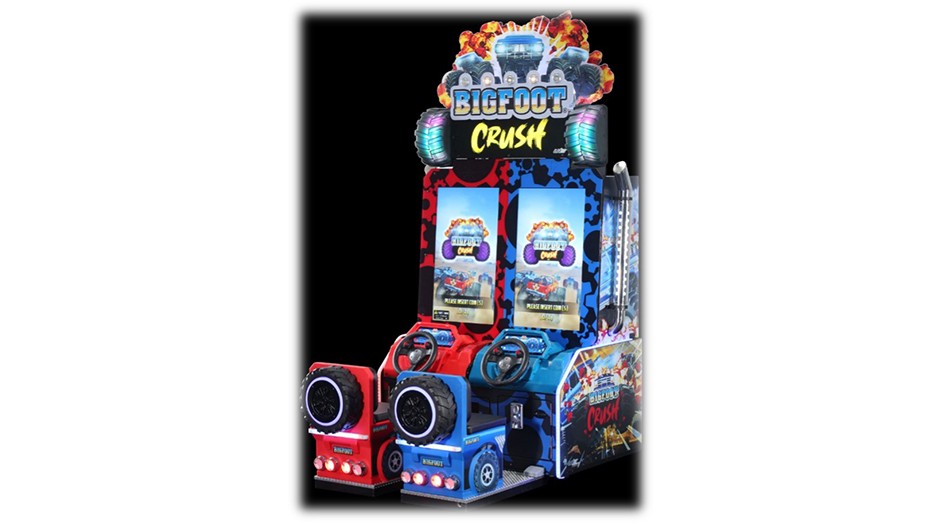 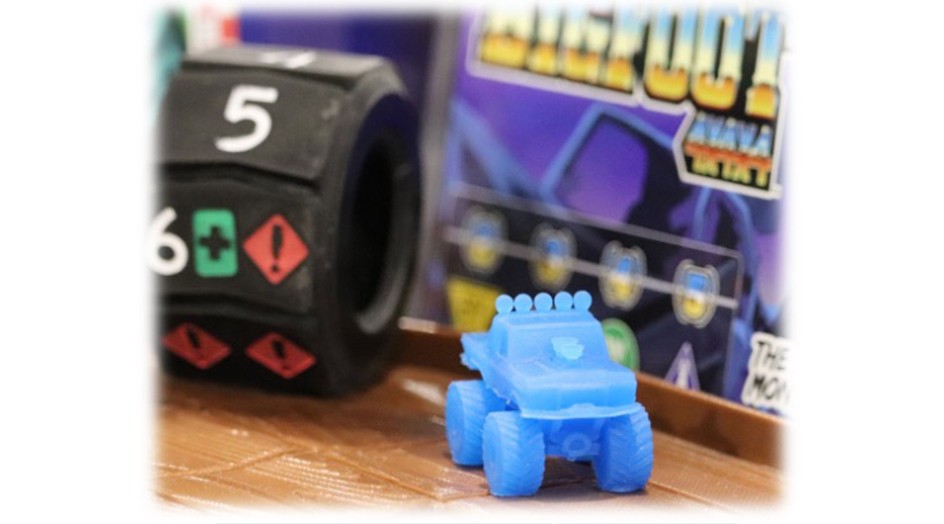 Late 2021 saw the debut of “BIGFOOT Crush,” a full-size arcade game by Unis Technology, which can be found in bowling alleys, arcades, Chucky E Cheese restaurants, and more all over the World.  Experience the game live in the booth G116 at this year’s show. The summer 2022 release of “BIGFOOT Roll & Smash” with XYZ Game Labs will also reintroduce BIGFOOT 4X4 to the Board Game market, and you can also see prototype models at this year’s Expo. 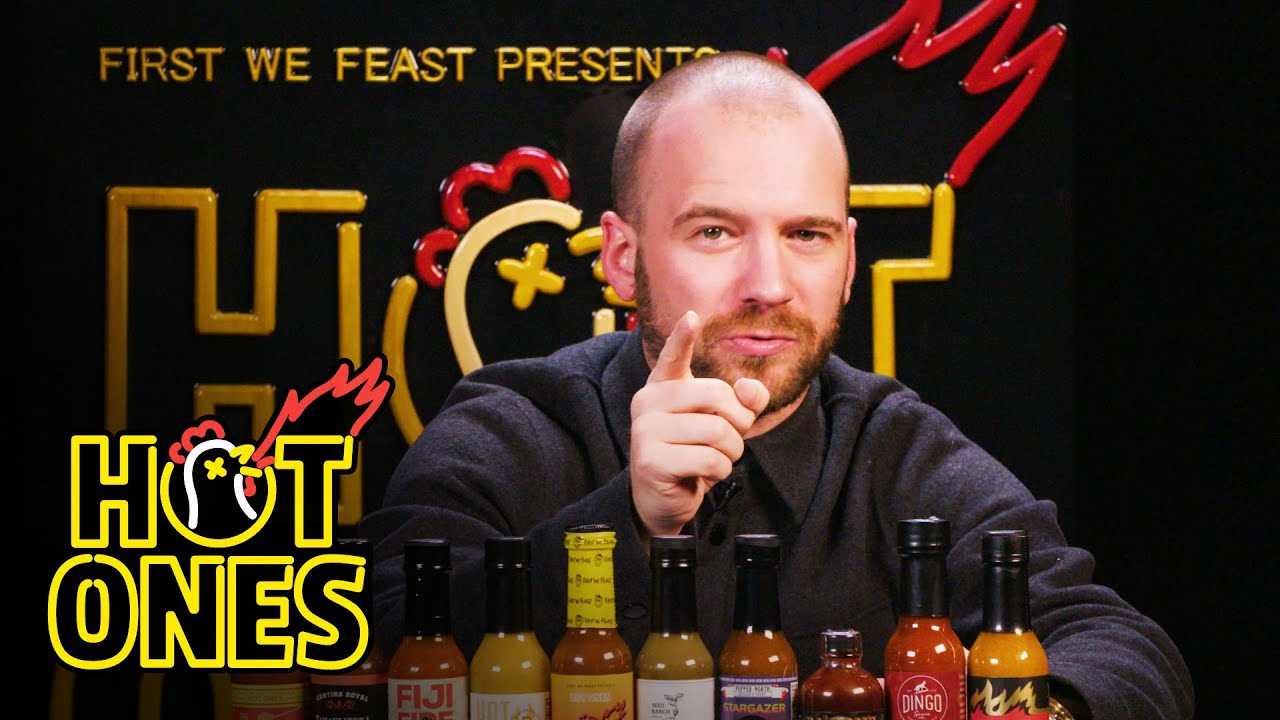 Prepare for things to get SPICY! with Buzzfeed on booth U214

BuzzFeed, Inc is going to turn up the heat at Licensing Expo.  On Wednesday at 12pm at the BuzzFeed, Inc booth (U214) join us for a Hot Ones Challenge!  A few lucky attendees will have a chance to take the challenge and see if they can handle the heat alongside Camera Guy Bill!     So to all the Spice Lords out there...Can you handle the heat? #HotOnesChallenge

Arcade based games and VR with LAI Games on Booth A188

LAI games are going to have some of their biggest products at the show along with a new upcoming game that they signed a deal for last year as a result of Virtual Licensing Expo. Virtual Rabbids: The Big Ride, created in Partnership with Ubisoft in 2017, is the LBE industry's first unattended VR attraction. 5 years after launch, amidst many copycat products it's still the most successful LBE VR game to date.

They will also be showing Asphalt 9 Legends Arcade, a deluxe motion simulator racing game based on the globally popular mobile app, as well as FGTeeV: Out of Time, an arcade game that will expand into the already wild FGTeeV universe. 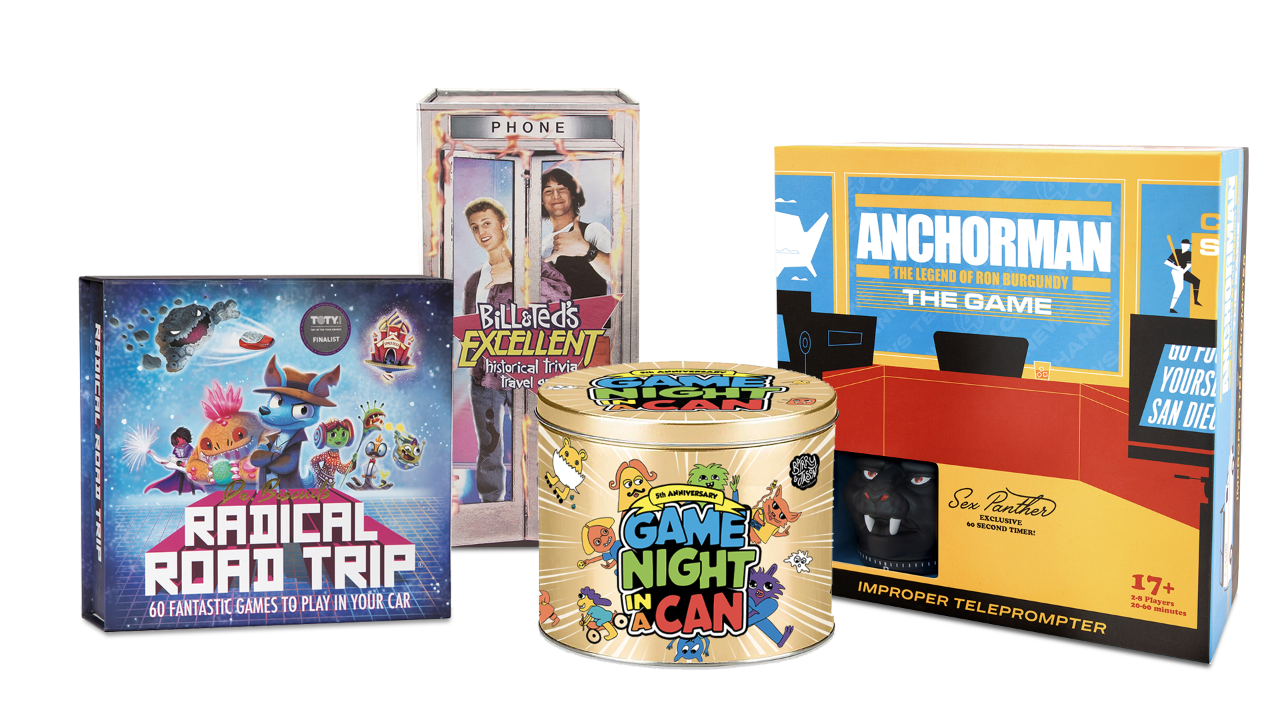 Debut of the Game Invention Lab, 5th Anniversary of Game Night in a Can, The Penny Arcade, and the Magical Game-Making Machine with Barry and Jason on Booth A187

Their booth at the Expo will feature The Penny Arcade - a carnival-style collection of games inspired by their first creation, Game Night in a Can. The newly-released 5th Anniversary Edition will be on display as attendees are encouraged (for the price of a penny!) to play the games in hopes of taking home incredible prizes, including Barry & Jason party games and a custom-molded 60-second timer based on the Sex Panther from Anchorman: The Legend of Ron Burgundy.

On the other side of the booth, Barry and Jason will be premiering The Magical Game-Making Machine. For one penny, attendees of the Licensing Expo can insert their business cards or brand info into this mysterious box. What’s the prize? Barry & Jason will turn your brand or IP into a new game, live on camera, in under 3 minutes. Multiple winners will be pulled every day.

Prepare to be Dazzled by The Lumistella Company at Booth F196

Visit the booth May 24 & 25 from 10am to 3pm to see acrobatic performers inspired by The Elf on the Shelf’s Magical Holiday Journey – an outdoor immersive theatrical location-based experience that delights visitors of all ages!

From Dream to Reality: The Power of Brand Licensing for Location-Based Entertainment

Location-based experiences have been gaining steam for many years now and are increasingly the next frontier for consumers looking to engage, interact and show their love for brands. They are also highly complex licensing deals that include many stakeholders at various points of the process.

This keynote panel brings together the brightest and most respected names in the business to help you understand all the many things you must consider when developing and executing an LBE deal (including how best to protect brand integrity), and will arm you with insight to make your extension dream a reality. Location-based events and experiences are not your average deal, and this is not your average panel.

Visit the Sports Bar to see how Sports brands come to life with brand licensing. Enjoy displays from:

Arrange a meeting in the Art & Design Business Lounge and be inspired by a gallery across the walls showcasing some of the best in Art and Design licensing opportunities from: :

Make room on your calendars to take part in peer-to-peer connection, networking, and deal-making opportunities and find out how you can search for and discover the latest IPs at Licensing Expo 2022.

SEE WHAT ELSE IS ON